Thank you for contacting Prism Family Law Firm. An attorney will reach out to you shortly.

6.  Judges tend to be cautious when ruling on domestic violence cases

Domestic violence cases are somewhat unique in that they require a “personal relationship” element between the victim and the accused.  As such, these cases must be viewed with caution as personal relationships often generate emotionally charged disputes which can either escalate quickly to violence, or serve as motivation to commit violence in the future.  Judges are placed in the unenviable position of determining whether the alleged victim’s version of the events are deserving of the relief requested.  In the case of a DVPO, if the court finds that an act of domestic violence has occurred, the court MUST grant a protective order.

Borderline DVPO cases (typically cases involving alleged harassment or threats, or assault with no proof of injury) are very difficult as a judge is often put into the position of choosing between two evils:  (1) Make a finding that domestic violence has occurred and enter a protective order, risking that the defendant is actually innocent, poses no threat, and is therefore being greatly prejudiced and wrongly punished; or (2) Make a finding that domestic violence has not occurred and not grant a protective order, with the risk that the defendant does commit an act domestic violence against the alleged victim in the future.  Given the heightened risk of violence in emotionally charged situations, along with the heavy attention domestic violence garners in the media, the more cautious and conservative path of the two options is usually option (1).

2.  The VIctim cannot give the defendant permission to violate a dvpo or no-contact order

These contact limitations can be very difficult for the defendant, because the alleged victim is quite often the defendant’s spouse, live-in partner, or family member.   However, a defendant must follow these orders or risk further legal issues including being arrested again or being charged with additional criminal offenses.

It is also very important for defendants to understand that the victim CANNOT give the defendant permission to violate the terms of a DVPO or no-contact order.  So even if the alleged victim says that it’s OK for the defendant to return home or come to the victim’s house, or if the alleged victim initiates contact with the defendant by text, telephone, or any other means, the defendant must refuse such invitations and communications, or else face the danger of potentially going back to jail and/or being hit with additional criminal charges for violating the protective order.

Many people think of the term “violence” as requiring a physical assault.   While crimes with an element of assault are common in domestic violence settings, other actions, including threats, harassment, and the like can give rise to criminal charges or protective orders, even in the absence of any sort of physical contact. In the criminal sense, communicating threats could be considered domestic violence if the threats are communicated between two people who are domestic partners (spouses, boy/girlfriend, etc.), share a child in common, or live in the same household.

Similarly, in terms of civil domestic violence, such protective orders can be issued based on not only just physical contact, but also situations where the defendant has placed the aggrieved party or a member of the aggrieved party’s family or household in fear of imminent serious bodily injury, or continued harassment or stalking through communication or other actions alone.

Call today to speak with an attorney regarding your divorce related matter OR click below to visit Prism's contact page.

Most people think of domestic violence as a criminal matter.  In North Carolina, there are a number of criminal charges that may be brought as a result of domestic violence, including a wide range of misdemeanors such as simple assault, assault on a female, communicating threats, and harassment, and a number of potential felonies for more serious offenses.  Criminal charges will result in an arrest of the accused and a court date at which the matter may go to trial to determine guilt.

In addition to, or instead of, bringing criminal charges, one may also seek a civil protective order based on domestic violence allegations. A civil domestic violence protective order (sometimes referred to as a DVPO, 50B action, or a restraining order), if granted, will typically result in the accused being ordered to stay away from the alleged victim, usually for a period of 1 year.  There are a range of additional conditions that a judge may enter as a result of a protective order being entered.

Many times, both civil and criminal actions are brought.  The accused should strongly consider seeking legal counsel on both actions. Both actions will require a court date, but the civil protective order court date will very likely come before the criminal court date, and anything said by the accused in regards to the civil action can be used against him/her in regards to the criminal action. It is very important to understand how each of these actions will impact the other.

"6 Things About Domestic Violence in NC." 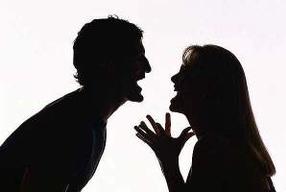 4.  When someone is arrested on domestic violence charges, a magistrate may not set bond until the defendant has been held for 48 hours

When someone is arrested on domestic violence charges in Mecklenburg County, they will almost always spend the night in jail, and be brought into court the following morning for “C docket” or the following afternoon for video arraignment. This is because a magistrate is not authorized under North Carolina law to set a bond in domestic violence cases, unless a district court judge has not reviewed the case within 48 hours of the defendant’s arrest. In NC, a district court judge must set the bond for those charged with domestic violence, unless the defendant has been held for 48 hours, in which case a magistrate is then allowed to set a bond. This means that those who are arrested on Friday night, will not have a bond set until Sunday night, because there are no district courts in session over the weekend, and they must be held for 48 hours before a magistrate is allowed to set their bond.

3.  Even if police are not called for an incident, a person can still have a warrant issued for the arrest of the accused

Many times defendants charged with domestic violence crimes will say, “But the police were never even called.” It is not required for the police to come out for an alleged incident in order for a warrant to be issued. If the police are called out, they must make an arrest if there is probable cause to believe that domestic violence occurred. But if there is no probable cause, or if the police are never called, the alleged victim can still go downtown, speak to a magistrate, tell the magistrate their version of the story, and ask that a warrant be issued for the accused’s arrest. If this happens, the police will likely show up within a couple of days to arrest the accused, and then there must be a bond set for their release. Similarly, a DVPO may also be issued even if the police were never called regarding the incident.  ​