To speak to a family attorney regarding a potential contract claim, or regarding your rights and defenses in relation to a contract or order claim brought against you, call  today at 704-412-1442.

Enforcing a contract through contract law

NC law offers many potential remedies to those harmed by contract disputes, which normally begin with a breach of contract claim.  The two most common contract remedies are specific performance and monetary damages.  Specific performance is an equitable remedy and may be ordered by a court when no other remedy, such as monetary damages, will adequately reimburse the other party.  A specific performance ruling essentially orders the non-compliant party to adhere to the specific terms of the contract.  If a party continues to not comply after being ordered to specifically perform, a civil or criminal contempt action may be brought against the non-complying party, which if granted, may result in jail time. Specific performance is typically used as a remedy for enforcing provisions regarding unique items, such as pieces of land or heirloom jewelry, for which monetary damages may not make the injured party whole.

Monetary damages may also be awarded as a result of a breach of contract claim.  There are several different types of damages that may be awarded after a breach of contract, including compensatory damages and expectation damages.  Compensatory damages, which are the most commonly awarded type of damages, require the injured party to prove that he or she suffered a financial loss and/or damages due to the breach of contract by the other party.  Restitution damages are designed to return the injured party back to the position he or she held before the contract.  Expectation and reliance damages may also be available to injured plaintiffs.  In awarding monetary damages,  the overall goal of the court is to put the injured party back into the same position as he or she would have been in if the non-complying party did not breach the contract.

Regardless of the method used to enforce an agreement, contract or order, there are always defenses available to the alleged non-complying party. Defenses depend on the type of agreement (contract v. court order), manner of execution of the agreement, and the specific circumstances surrounding the entry and alleged breach of the agreement, and may include: unclean hands, laches, estoppel, undue influence, misrepresentation, duress, coercion, inability to comply, non-willful nature of contempt, etc.  The validity of a contract or agreement in dispute may also be brought into question depending on a number of factors surrounding the creation of the contract.  If you have had a contract or contempt claim brought against you, you may have defenses to protect your interests.  Our attorneys are prepared to walk you through your potential defenses and available counterclaims based on a thorough review of your contract and the surrounding circumstances.

To speak with a Charlotte attorney regarding a contract related matter, call today at 704-412-1442.

Orders of the court, including specific performance orders, child custody orders, child support orders, alimony orders, as well as agreements incorporated into orders (such as a separation agreement incorporated into the final divorce decree of the parties involved), are enforced through the contempt powers of the court system. The injured party must file suit against the non-complying party in the form of a "contempt" or "show cause" motion.

* Filing suit to enforce your contract and/or seek damages on your behalf.

* Negotiating a contract settlement on your behalf.

* Litigating your contract claim at trial.

* Defending you against a contract claim. 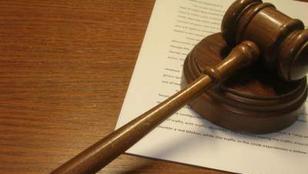 Call today to speak with an attorney regarding your contract related matter OR click below to visit Prism's contact page.

To speak with a Charlotte attorneys regarding enforcing an agreement, call 704-412-1442.

A contract is an exchange relationship by oral or written agreement between two or more persons, containing at least one promise, and recognized in law as enforceable.  Most contract disputes begin when one party to a contract either doesn't live up to his or her end of the bargain, or tries to get out of his or her contractual obligations.  Disputes also often arise over interpretation issues due to poorly drafted contracts and/or ambiguous terms and clauses within a contract.

Regardless of how a dispute begins, a valid agreement in the state of North Carolina is an enforceable contract and there are actions available to help innocent parties deal with non-complying parties.  Agreements that have not been incorporated into a court order are typically governed by the contract laws of North Carolina and the remedies available therein.  The most common course of action involves filing a "breach of contract" claim against the non-complying party, and requesting an order of "specific performance," and/or potential "monetary damages."

Thank you for contacting us! An attorney will reach out to you shortly.