Contact
Thank you for contacting us! If needed, you will hear back within 48-72 hours.

Factors to Consider in Relocation Cases

In addition to the many factors that may be considered by a judge in all child custody proceedings (see our blog titled “Questions to Consider in Child Custody Proceedings”), relocation cases have a number of additional factors which may be considered, including:  the reason for the relocation, the distance involved with the relocation, the impact relocating will have on the non-relocating parent’s relationship with the child, the age of the child involved, the permanency of the relocation, and the social, familial, and educational support systems the child has in both locations.  Here, as with all child custody matters, the “best interests of the child” standard will be used, so a judge may consider anything and everything in relation to the move that has an impact on the child.  See our blog on child custody relocation cases in North Carolina for more.

Questions?  Our Charlotte based child custody lawyer is well versed on the UCCJEA and other statutes and guidelines concerning child custody and relocation procedures in North Carolina.  Call today to speak with an attorney. 704-412-1442.

"Can I Move to Another State with my Child?"

The answer to this question is complex in that it may be addressed from a number of different legal perspectives.  Further, the answer may vary greatly on a case to case basis depending on the specific facts and the jurisdiction involved.  If facing a child custody relocation situation, we highly recommend contacting a family law attorney in your local area to discuss your situation. If located in the Charlotte, NC area, our child custody lawyer can help and practices in Mecklenburg and Cabarrus counties. The following is a brief overview of the topic and is not meant to provide legal advice.

When addressing a relocation case, it is important to consider the appropriate steps and procedures that must be followed.  If there is a current child custody order or agreement in place between the parties involved, the first appropriate step is usually to attempt to modify the child custody order or agreement prior to moving forward with relocating.  Failing to do so prior to relocating may result in contempt or breach of contract claims being brought by the non-relocating party, as relocating will likely impact the visitation of the non-relocating party.  The non-relocating party may also bring an emergency ex-parte child custody action or request a temporary parenting arrangement (TPA) in an attempt to stop the relocation.  As such, prior to moving, it is important to modify or update existing orders or agreements thereby gaining legal permission to remove the child from the state.

If there is NOT a current custody order or agreement in place, both parties technically have an equal right to custody of the child involved.  If one party attempts to relocate out of the state against the will of the other party, the non-relocating party may have several courses of action (again, depending on the facts and jurisdiction involved), including (1) filing for an initial child custody determination in the original state, (2) filing a motion for TPA, and (3) filing a motion for emergency ex-parte custody in the original state. North Carolina statutes provide grounds for emergency custody in which a judge may enter a temporary custody order in favor of one party without the other party receiving prior notice…these actions are reserved for extreme situations, including scenarios where one party has removed a child from the state of NC in order to avoid the jurisdiction of NC courts.

Even if the parties are in agreement regarding a proposed relocation involving children, it is advisable to document the custodial agreement in writing through a separation agreement, parenting agreement, or consent order, because oral custodial agreements between parties are not enforceable.  If the parties disagree regarding a proposed move out of state, it is typically advisable to file through the court system requesting permission of the court to relocate with children.

If there is NOT a child custody order in place between the parties, the “home state” of the child, as defined by the UCCJEA, will be the state having jurisdiction over an initial child custody determination.  Basically, the UCCJEA defines a child’s “home state” as the state in which a child has lived with a parent or person acting as a parent for at least six consecutive month immediately before the commencement of a child-custody proceeding.  In other words, the new state will not have the jurisdiction to conduct an initial child custody determination until the child has resided in the new state for at least six months, except in emergency situations.  For children less than six months of age, the “home state” means the state in which the child lived from birth with a parent or person acting as a parent.

Please note that the UCCJEA is a complex set of statutes and the information above is an over-simplification.  If your child has been removed from your state, it is very important that you act quickly for many reasons.  For more on jurisdictional issues related to relocation, please reference the Uniform Child Custody Jurisdiction and Enforcement Act (the UCCJEA), which has been adopted by North Carolina and most other states in our country.  I also highly recommend that you seek the advice of a local family law attorney licensed in your jurisdiction. 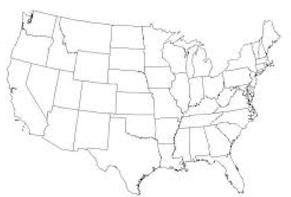 Call today to speak with a Charlotte attorney regarding your child custody matter. Or, click below to visit Prism's contact page.