​​A child custody dispute can become very long and drawn-out process, especially when parents are unable to settle on the terms of custody or visitation and court intervention is needed. Initiating a lawsuit for custody in North Carolina requires several steps including the drafting and filing of a complaint, proper service of that Complaint on any other interested party, completion of a Parent Education class and Mediation Orientation class, and completion of mediation by the parties involved in the dispute. Once all steps are completed, the case may be set for a hearing date in front of a judge. In some counties, particularly the larger counties such as Mecklenburg, parties may wait an average of 8 - 12 months before getting in front of a judge on the issue of permanent custody.  View Prism's blog on child custody procedure for more.

A temporary parenting arrangement may be appropriate in certain situations where disputing parents need court intervention in a more immediate sense.  Our Charlotte based child custody lawyers typically advise clients in Mecklenburg county that on average, it takes 6-8 weeks to get in front of a judge for a temporary parenting arrangement, which is obviously much faster than the typical 8-12 months for a permanent custody hearing.  In Mecklenburg County, the local rules require the party moving for a TPA to file a motion outlining their grounds for the action (see the next section for a discussion on potential grounds).  Once the motion is filed, the family clerk will hold the TPA motion for 10 days (7 days plus 3 days mail time) to allow the non-moving party an opportunity to respond.  After the 10 day holding period has passed, the family clerk will present the motion to a judge for ruling on whether or not to grant a hearing on the matter.  If the judge finds that grounds for a TPA exist, he or she will usually set a hearing date a few weeks out at which the parties will be allowed to present evidence to support their proposed version of a temporary parenting arrangement.  Other counties, including Cabarrus county, do not follow so much of a formal procedure, and TPA hearings may be scheduled even quicker.

"What is Emergency Child Custody in North Carolina?"

Prism can help With TPA's and other child custody matters in Mecklenburg and Cabarrus counties.

Thank you for contacting Hunter & Hein, Attorneys at Law, PLLC. One of our attorneys will contact you shortly.
Visit Prism's Family Law Page

* Please note that the following is a brief overview of a complex legal subject and is not meant to provide legal advice.  When involved in a child custody dispute, it is important to consult with a family lawyer in your area who is familiar with your local rules and procedures.  If your matter is located in Mecklenburg or Cabarrus counties, our Charlotte child custody lawyers can help.  Contact Prism Family Law Firm today at 704-412-1442 to speak to an attorney.

A temporary parenting arrangement (TPA) is a temporary court order between disputing parents in a child custody matter used to bridge the gap between the current time and the time in which a permanent child custody order is entered. TPA’s are typically available only in specific situations and not all counties in North Carolina allow for a TPA.  These arrangements are usually entered either through consent of the parties, or by order of a court after a brief (normally less than one hour) hearing, and are entered without prejudice to either party.  Read below for a more in-depth discussion of TPA’s. 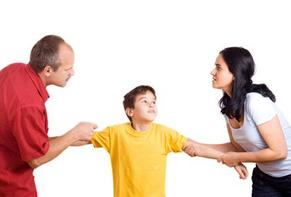 miscellaneous Facts about tpa's in Nc

Regardless of what NC county your case is in, there are a few things to know about temporary custody orders. First, they will be entered without prejudice to either party. This means that a judge cannot use the findings in the temporary custody order when making a determination on permanent custody. Second, there typically needs to be a permanent action associated with a TPA, so a permanent action must be filed concurrently with a TPA if there is not already a pending action for an initial permanent child custody determination or a modification of an existing child custody order.  Third, judges in some counties are hesitant to hold a hearing on temporary custody until the parties have attempted mediation.  Fourth, a temporary order may become a permanent order by operation of time in some circumstances, which may affect the prejudicial impact of the order, the appealable nature of the order, and the standard by which the order may be modified in the future.  Fifth, hearings for temporary custody are typically very short by design, usually lasting between 30 minutes and 1 hour (which may vary from county to county). This means that you and/or your attorney will likely not have enough time to talk to the court about every detail impacting your case and it is therefore essential to focus on the most important facts supporting your position.  For this reason, some counties, including Mecklenburg, allow for the submission of affidavits in certain situations in support of a TPA and in lieu of testimony.  And finally, keep in mind that you and the other party can always consent to a temporary custody arrangement as well, which can be done without going to court..

When is a TPA Appropriate?

Depending on your county and local rules, a court may require that certain steps be taken and that specific facts be alleged prior to granting a hearing for temporary custody. For instance, in Mecklenburg County, a formal motion must be filed alleging one or more of the specific TPA grounds laid out by the Mecklenburg County local rules, which include situations such as: the relocation of one parent; the repeated “snatching” of a child(ren) between parents; one parent claiming that the other parent is denying or severely limiting access to the minor child(ren); or alcohol, drug, mental health issue, or other similar issue that poses a risk of harm for the child(ren).

A number of counties in North Carolina address TPA’s a bit differently and consider them more as a mechanism to protect and preserve the “status quo” of the parties leading into a permanent child custody hearing.   The “status quo” refers to the custodial arrangement that has informally been in place between the parties leading into a child custody dispute.  Other counties, including Cabarrus county, do not specifically reference TPA’s in their local rules, but still allow for TPA hearings and orders in certain scenarios.  Finally, some counties in North Carolina do not allow for TPA’s on any grounds.