If you have a child custody related matter in Mecklenbug or Cabarrus counties in North Carolina, contact Prism Family Law Firm today at 704-412-1442 to speak to a Charlotte based child custody lawyer OR complete the contact form on this page and an attorney will contact you shortly. Family Matters.

Visit Prism's Child Custody Page
Thank you for contacting Hunter & Hein, Attorneys at Law, PLLC. One of our lawyers will contact you shortly.

What is the Reason for the Denial?

Is there a child custody court order in place?

The next thing I usually ask people in these situations is “Is there a child custody order in place?”  When there is not a child custody order in place, both parents technically have an equal right to time with their child.  However, there is unfortunately no easy way to enforce that theory outside of taking legal action.  If a parent is being denied visitation, it is important to act quickly and seek court intervention if the other parent is not willing to agree to stop the denial of visitation.  The typical approach involves filing a claim for permanent child custody, temporary custody, and/or possibly emergency custody if the child is at substantial risk of bodily injury, sexual abuse, or of being removed from the state of NC by the other parent.  In situations in which the denial of visitation is justified due to behaviors of the non-custodial parent, the custodial parent should consider taking similar legal steps to protect his or her interests as well as the interests of the child.

When there is already a court order in place giving each parent visitation time with the child involved, the parent who is being denied visitation has the additional potential recourse of filing a motion to have the denying parent held in contempt.  In order to be held in contempt, the actions of the party violating the court order must be willful and without good cause.  In addition to filing for contempt, the party being denied visitation may have grounds for a modification of the current order if the denial is an ongoing problem.  From the perspective of the parent who is limiting the visitation of the other parent, such actions will not likely give rise to contempt if the denial is justified (for example, if the actions/behaviors of the other parent pose a threat to the safety of the child), and may serve as a grounds to seek a temporary parenting arrangement, emergency order, and/or a modification of the current order.   For more on either contempt or the enforcement of child custody provisions within a separation agreement, view our page on enforcing agreements and orders.

do not attempt to resolve the child visitation denial in person!

One of the worst things a parent can do in a visitation denial scenario is to try to remedy the situation with the other parent in person while upset about the denial.  We often see these confrontations erupt into domestic violence, or end in the snatching of the child involved in a tense scene. These scenarios are not good for anyone involved, especially the child, and may result in criminal charges, restraining orders, and/or lasting negative implications on any future child custody matters.

Hopefully a denial of visitation is either a mistake, or temporary in nature, and therefore easily resolvable between the parents by allowing the party who was denied visitation to make up for that missed time down the road.  If the situation is not so easily resolved, and the denial is ongoing, then legal action is likely necessary.

This blog is not meant to be legal advice, is not a full analysis of the topic and the law involved, and is not a substitute for competent legal representation.  If it important to seek counsel in your local jurisdiction if you are involved in a child custody dispute.

Our Charlotte, North Carolina based child custody lawyer regularly speak with parents about denial of visitation in child custody disputes.  Whether you are being denied visitation with your child, or are denying the other parent time with your child, it is important to understand the legal issues, laws, and local rules surrounding these types of disputes and actions.  See below for a short version of the typical legal analysis we conduct in these situations, as well as some thoughts for those involved in these disputes:

Do I still have to pay child support if the other parent won't let me see my child? 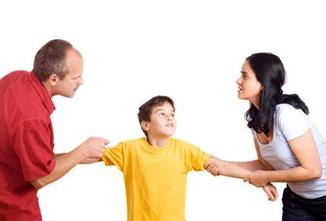