​**The following blog written by Prism's Charlotte, NC based child custody lawyer is designed to be a brief

overview of what can be complex legal scenarios, and is not meant to provide legal advice.  When involved in a child custody dispute, it is important to contact an attorney who is licensed in your particular jurisdiction.  Our attorney is licensed to practice law in the state of North Carolina, and practices primarily in Mecklenburg and Cabarrus counties.

​A child custody dispute can be a lengthy process which may vary greatly in nature depending on the specific circumstances involved in a case.  Disputes are often negotiated and resolved out of court through separation agreements, parenting plans, or consent orders.  However, when parties are unable to agree, disputes may require litigation.  North Carolina general statutes outline many of the basic requirements of the litigation process, which are often supplemented by differing local rules from county to county across the state.  ​

If mediation is unsuccessful between the parties, the parties or their attorneys will begin the process of calendaring the matter for trial.  Calendaring is the process of picking a date and an amount of time that will be suitable for all parties involved and the judge.  Most permanent child custody trials last either a half day or a full day, depending on the history involved, the number of witnesses to be called, and the amount of evidence that will need to be put on.  At the end of the trial, the judge will make findings of facts and enter a permanent child custody order based on those findings.  It is important to note that the word “permanent” is a bit of a misnomer, as all child custody order may be modified in the future upon a showing of a substantial change of circumstances impacting the welfare of the child involved.

It is also important to note that the dispute may be resolved at any point by agreement between the parties (through a consent order) or if each side voluntarily dismisses all of his or her pending claims. 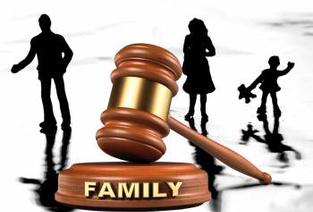 Upon filing a child custody complaint or motion to modify, an “Order to Attend Child Custody Mediation” will also be entered, as required by  N.C.G.S. § 50-13.1. Court ordered mediation will involve the parties and a third-party mediator only.  Lawyers are not permitted to attend court ordered mediation sessions with their clients.   Mediation may be waived in certain circumstances upon a showing of good cause, which may include: a showing of undue hardship; an agreement for voluntary/private mediation; allegations of abuse or neglect of the minor child; domestic violence between the parties; substance abuse or severe psychological or emotional issues; a showing that a party resides more than 50 miles from the court.

In addition to mediation, local domestic rules may require additional steps as part of child custody disputes.  For instance, in Mecklenburg County, all parties to a child custody dispute must also attend a parent education class and a mediation orientation class. Failure to meet these requirements may lead to fines and other punishments.

Call today to speak with a Charlotte custody attorney regarding your child custody matter OR click below to visit Prism's contact page.

A standard permanent child custody lawsuit begins with the filing of a complaint (for initial determinations of custody) or a motion to modify (for matters in which a custody order already exists).  Filing a complaint or motion starts the pleadings phase, which may include an answer (where the defendant’s answers the plaintiff’s allegations), counterclaim (where the defendant brings his or her own claims and allegations) a reply (where the plaintiff replies to the defendant’s counterclaims), and potentially a number of other motions (i.e., temporary parenting arrangement,  drug/alcohol assessment, attorney’s fees, etc.).  The pleading phase may last anywhere from 30 days to several months depending on how many pleadings are involved and whether the parties request extensions of time.

Typically, after the pleading phase is complete, the discovery phase begins.  Discovery is a broad term used to describe the collection of evidence in a lawsuit.  Discovery may include a number of informal and formal methods of gathering information.  The formal methods include: depositions; interrogatories; requests for production of documents or things or permission to enter upon land or other property; physical and mental examinations; and requests for admissions.  The costs associated with discovery can be high and the value discovery adds will vary widely from case to case.  As such, be wary of the attorney that conducts large amounts of discovery without explaining the potential costs and benefits of each tactic.
Mediation, etc.

Litigating a child custody matter is a lengthy process.  We typically tell our custody clients in Mecklenburg County to expect the whole process to take eight to twelve months while telling clients in Cabarrus county to expect the process to take four to eight months.  When extenuating circumstances exist, it is sometimes imperative to take quicker action to protect the best interests of the minor child involved.

At any time, and upon a showing of good cause, a party may make a motion for either an emergency ex-parte child custody order or a temporary parenting arrangement (TPA).  An emergency ex-parte child custody order may result in the immediate entry of a custody order and, pursuant to N.C.G.S. § 50-13.5(d)(3), requires a showing that the minor child is exposed to a substantial risk of bodily injury or sexual abuse or that there is a substantial risk that the child may be abducted or removed from the State of North Carolina for the purpose of evading the jurisdiction of North Carolina courts.  For more, read our blog on Emergency Actions.  A TPA may result in a hearing in 2 to 8 weeks, and may require differing ciircumstances depending on the county involved.  For example, Mecklenburg county local rules speak directly to TPA's, and require a showing of: a relocation; snatchings of the child between parents; one parent denying or severely limiting the other parent’s access to the child; or drug, mental health issue, or other similar issues that pose a risk of harm to the child.  For more, read our blog on temporary parentings arrangements.  On the other hand, Cabarrus county local rules do not specifically address TPA's, which may be available in a broader range of scenarios there.

Our Charlotte child custody lawyer is well-versed in the rules and laws surrounding child custody matters and is available to help in Mecklenburg and Cabarrus counties in North Carolina, including the cities of Charlotte, Huntersville, Concord, Harrisburg, Matthews, Kannapolis and Mint Hill.  Located in the greater Charlotte / Concord area and have questions?  Call Prism at 704-412-1442 to speak with a custody attorney….OR, complete the contact form on this page and an attorney will contact you shortly.