"Not Quite Emergency" situations

Our child custody lawyers often speak with clients who have an immediate need to get a child custody order into place but don’t quite have the circumstances to warrant an emergency action.  These scenarios may call for what is known as a Temporary Parenting Arrangement (TPA).  Each county in NC may handle TPA’s slightly differently, but generally, a TPA is appropriate in scenarios that don’t quite rise to the level of an emergency, but are still urgent, such as scenarios involving: the snatching of a child back and forth between parents; one parent denying the other parent reasonable access to the child; or when substance abuse or mental health issue of one or both of the parties poses some risk for the child. For more, read our blog on temporary parenting arrangements.

Thank you for contacting Prism Family Law Firm. An attorney will contact you shortly. 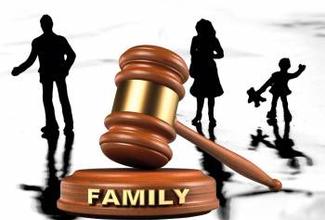 "The Basics of Supervised Visitation"

"Can I Move Out of State With My Child?"

If you and your attorney reach the conclusion that there is indeed an emergency situation warranting an emergency ex-parte custody action, the next step is drafting and presenting a motion to a judge.  Prior to presenting your motion to a judge, it is important to be aware of any local rules which lay out requirements and procedures involved in emergency custody actions.  Mecklenburg county local rules, for example, provide in part that an emergency custody pleading (1) must be verified, (2) may be delivered directly to the assigned judge, and (3) may be accompanied and supported by affidavits of third parties.  Mecklenburg local rules further require that any party making application for emergency custody relief must give actual and reasonable notice to the party against whom the order is sought except when notice will result in the vary harm sought to be prevented or when all reasonable means calculated to give the notice required were used but were unsuccessful. Cabarrus county rules similarly require a verified pleading and allows affidavits in support of the motion, but also require that a specified cover sheet be completed and attached to any emergency motion.

After presenting your motion to the assigned judge, the judge will typically make an immediate ruling on the motion, and will either grant the motion and issue an immediate order, decline entering an immediate order on the matter but grant a hearing, or altogether deny the motion and not grant a hearing on the matter.  If the motion is granted ex parte, an order is entered immediately which typically grants the moving party with custody of the children and may include additional directives depending on the situation.  In scenarios in which the judge issues an emergency order upon presentation, a hearing date will be set within 10 days of the issuance of the order, at which point the originally issued order will expire and a new temporary order will likely be put in place.  A hearing may also be granted in scenarios when a judge denies an emergency action upon presentation but wishes to hear more from both parties on the matter.

Hearings regarding emergency matters are short, typically lasting between thirty minutes and one hour, are temporary in nature, and are entered without prejudice to either party.  A temporary order is meant to bridge the gap between the present time and a future permanent hearing on the matter.  Note that most counties will require the moving party to also file a permanent child custody action (if one is not already pending) as the order arising from an emergency situation is meant to be temporary in nature and without prejudice to either party.

An emergency ex-parte action is not something to take lightly, as one party is typically asking a judge to make a snap decision on suspending the other party’s constitutionally protected right to visitation with the child involved. Further, the decision is usually made ex-parte (meaning, without one party) and outside typical laws of "due process", so the non-moving party is often not present to argue his or her side of the story.  As such, it is important to discuss your scenario with an attorney who is versed on the law and procedures associated with emergency actions.  Additionally, filing a pleading for emergency relief that is not well-ground may result in sanctions against the offending party within the judge’s discretion, which may include, but are not limited to, attorney’s fees, or if the offending party is otherwise entitled to attorney’s fees, the denial of a fee award.

"What is emergency child custody in North Carolina"

* Please note that the following is a brief overview of a complex legal subject and is not meant to provide legal advice.  When involved in a child custody dispute, it is important to consult with a family lawyer in your area who is familiar with your local rules and procedures.  If your matter is located in Mecklenburg or Cabarrus counties, our Charlotte child custody lawyer can help.  Contact Prism today at 704-412-1442 to speak to an attorney.

North Carolina provides specific laws, procedures, and rules that must be followed in relation to child custody disputes.  A lawsuit involving child custody typically starts with a complaint (for an initial custody determination) or a motion (for modification of an existing child custody order) and proceeds from there through all steps of the process (including pleadings, discovery, mediation, and scheduling for hearing).  For more, view our blog on the child custody process in North Carolina. The process is not a quick one, and will typically take anywhere from four to twelve months to run its course depending on what county in NC you are located in.  So, what do parties do in extreme situations where a quicker decision on child custody is needed?  One option is to file a motion for emergency ex parte child custody.